Today, Audemars Piguet is considered one of the top three horological brands in the world for quality, complexity and desirability. This kind of global respect is not earned overnight – it is the result of over one hundred years of hard work and dedication. In order to be a leader and not a follower, Audemars Piguet had to differentiate itself from its competitors, which means taking risks; risks that almost cost the company its own existence.

Le Brassus, 1875, in the heart of the Vallée de Joux. Two friends, Jules-Louis Audemars and Edward-Auguste Piguet establish a workshop from which to make movements. Audemars produced and assembled movements whilst Piguet ensured that the completed movements were correctly regulated. The two friends made theAudemars Piguet name successful by being the best at what they did, and over time, the company began to grow, quickly becoming one of the largest watchmaking employers in Switzerland. Quality control was where Audemars Piguet excelled, and this allowed them to produce some stunningly complicated movements.

After the death of Audemars in 1918 and Piguet in 1919, the company continued to be one of the finest in watchmaking. The smallest minute repeater, the thinnest watch, the first skeleton watch; all these achievements boosted Audemars Piguet’s reputation as being one of the very best. When the stock market crashed in the 1930’s, however, many watchmakers were forced to the brink of collapse, and Audemars Piguet was one of them. The market for luxury goods had fallen flat virtually overnight. 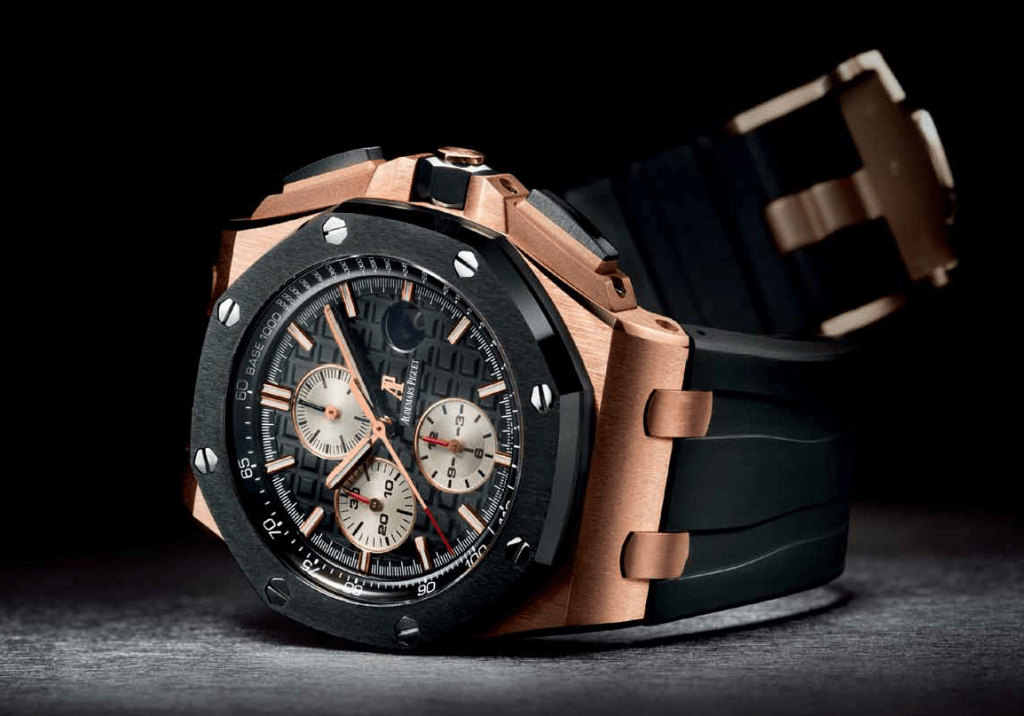 This make-or-break scenario gave Audemars Piguet a chance to try something daring. The up-and-coming off-the-wall design talent that was Gérald Genta was hired to design a piece so bold and unique that it could have very easily sunk the name of Audemars Piguet into oblivion. Taking inspiration from the 1862 battleship, the HMSRoyal Oak, Genta used the octagonal portholes as the basis of his case design, integrating the bracelet into it seamlessly. Compared to the period watches of the time, theAudemars Piguet Royal Oak was a futuristic, dynamic, angular shock to the system.

The biggest shock was not the watch itself, but the price. At its release in 1972, it cost more than every other Audemars Piguet watch and ten times that of the period Rolex Submariner, and so initial take-up was slow. This extreme pricing did, however, introduce a new level of super-premium luxury, being a product that only the most affluent could afford. Once the Royal Oak took, it took well, and in doing so it pulled Audemars Piguet out of the mire and back into financial success.