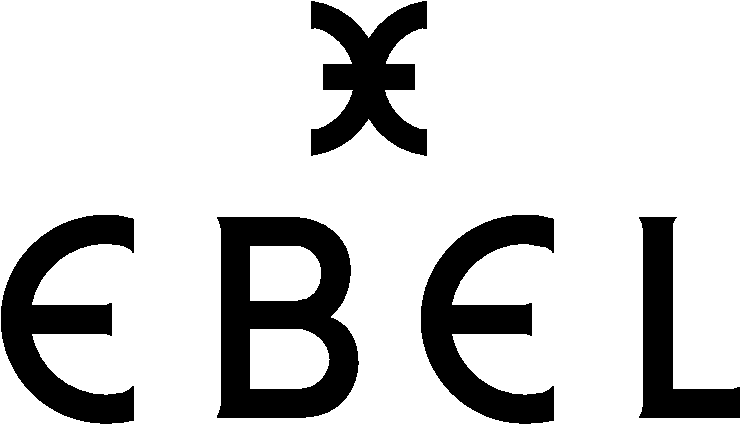 Prestigious Swiss watchmaker Ebel is a brand long associated with elegance, luxury and design for more than a century. Ebel was founded in 1911 by husband and wife team, Eugene Blum and Alice Levy in La Chaux-de-Fonds, Switzerland.

The brand’s name in fact comes from joining the initials of its founders: Eugene Blum et (and) Levy. The two pioneered many milestones in horological history, including their ladies’ strap wrist watch in 1912 and their diamond jewelry watch ring in 1914.

During World War II from 1939 to 1945, Ebel supplied watches to the British Royal Air Force to aid pilots in their air missions throughout Europe. In 1964, Ebel was awarded the Swiss Premier Prix award for their Luna Etoille jewelry watch featuring a sparking diamond and blue sapphire bezel.

The founder’s grandson Pierre Alain Blum took over at the helm of the company in 1970, leading to its status as the world-class watch leader it is today. Ebel introduced the Sport Classic Collection for men and women featuring a rounded, hexagonal shaped case and distinctive wave designed bracelet under Blum’s direction in 1977.

The Sport Classic was an instant global success and remains one of the most popular luxury watches for men and women today. In 1985, Ebel followed the Sport Classic with the Beluga collection, a lustrous and graceful collection of timepieces created expressly for women. With fluid, flowing contours and highly polished lines the Beluga was another international success.

Both the Sport Classic and Beluga collections remain popular today along with more recent introductions from Ebel, including the 1911, Wave and Brasilia series.