Vacheron Constantin is one of the oldest continuously operating watch manufacturers in the world. Founded in 1755 by Jean-Marc Vacheron, who was both a talented young watchmaker and a good businessman (an unusual combination), Vacheron quickly established a reputation for producing finely crafted watches, including some of the first “complications” and the first engine-turned dials.

Abraham Vacheron, Jean-Marc’s son, assumed control of the family business in 1785. Abraham guided the company through the difficult years of the French Revolution, and was succeeded in 1810 by Jaques-Barthélemy Vacheron, who was the first to export the company’s watches to Italy and France. It was Jaques-Barthélemy who foresaw the need to expand the company’s markets and he knew he would need a partner to accomplish this goal. He formed a partnership with François Constantin in 1819 and the company became known as Vacheron & Constantin. François Constantin, whose job was primarily sales and marketing, traveled the world seeking new markets for Vacheron & Constantin’s watches, and Constantin began distributing watches throughout North America. It was Constantin who first coined the Vacheron Constantin motto: Faire Mieux si possible, ce qui est toujours possible – “Dobetter when possible, and it is always possible!” 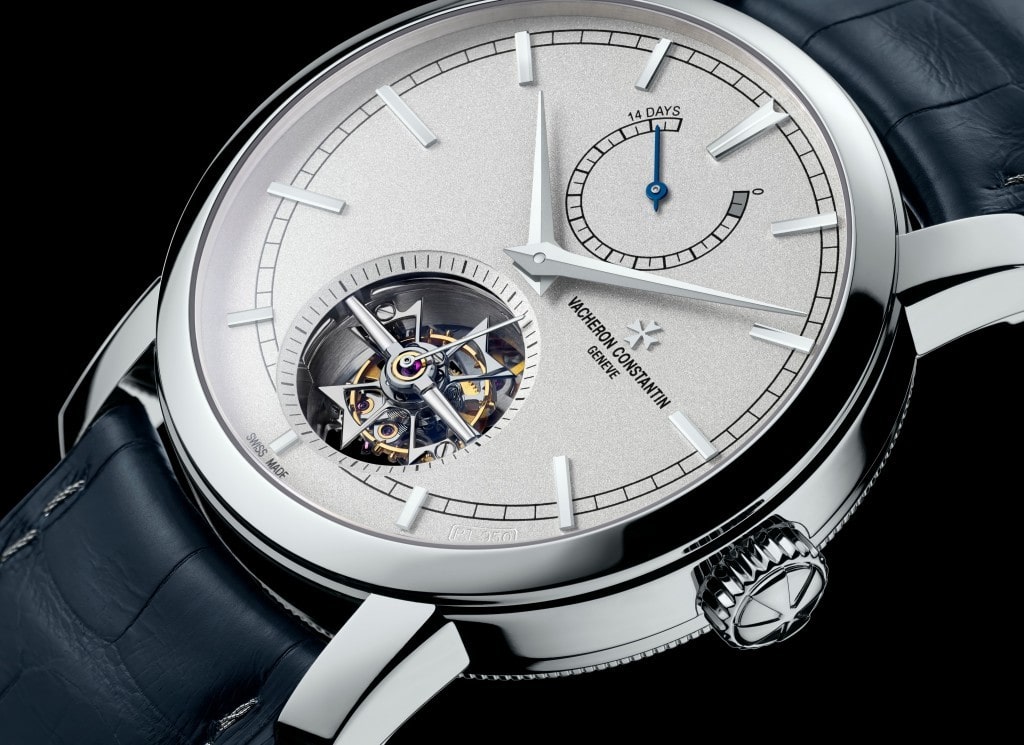 In 1839, the company hired Georges-Auguste Leschot, one of the true pioneers of European watch production. Leschot’s interest was in the application of mechanization and standardization to horology, and he is credited with helping to develop the ebauche system of watch manufacturing and the standardization of watches into calibers (or standard sizes). Before Leschot, virtually every part of the watch was cut, formed and finished by hand, which made every finished watch a “one of a kind” piece. There was no interchangeability of parts as each piece was hand-fitted to the watch and was slightly different than the same piece in the next watch.

Leschot’s contribution was in the design of machines which could produce parts of sufficient quality and precision that they could be used interchangeably across multiple watches, with minimal hand-finishing. (note that parallel efforts were taking place in America, under the guidance of pioneers like Dennison). The greater manufacturing efficiencies achieved by Vacheron allowed them to become a major supplier of components and raw ebauches to other manufacturers, and this contributed greatly to the company’s survival and growth during these challenging years. It can be said that Leschot helped transform Swiss watchmaking from a handcrafted, cottage industry to modern mechanized production.

After the death of Vacheron in 1854 and Constantin in 1863, the company was run by a series of Vacheron or Constantin heirs. The name of the company was changed in 1877 to “Vacheron & Constantin, Fabricants, Geneve,” and in 1880 the company adopted the use of its iconic “Maltese Cross” logo (inspired by the maltese-cross stopworks piece which is sometimes used within the watch to limit mainspring travel). It was not until 1970 that the “&” would be dropped from the name.

In 1938, Jaeger-LeCoultre acquired a partial ownership position in Vacheron Constantin, and George Ketterer (a Managing Director of the holding company which owned JLC and a portion of VC) took the helm at Vacheron. George Ketterer or his son Jacques ran VC until 1987 when they became part of the Richemont Group, one of the largest Swiss luxury-brand conglomerates. Richemont currently owns the following watch brands: Baume & Mercier, Cartier, Jaeger-LeCoultre, Piaget, IWC, Vacheron Constantin, A. Lange & Sohne, and Panerai.

According to available records, Vacheron Constantin produces about 20,000 timepieces per year.